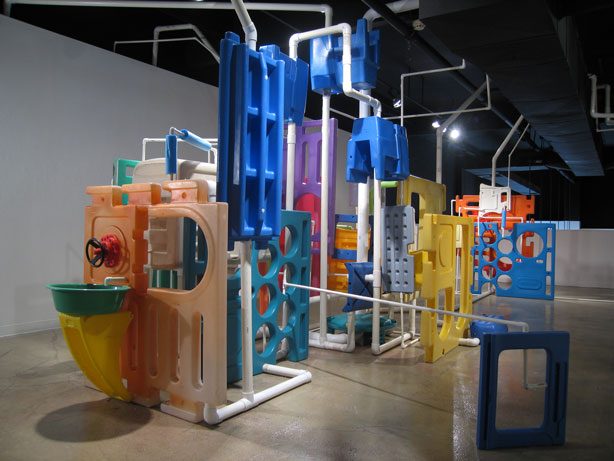 "Joshua Callaghan's Kool-Aid Factory emerges with a sprawing new kind of intelligence.   Callaghan is drawn to the ubiquitous plastic object.   His practice seeks to invigorate such new detritus and coax the viewer into a new kind of experience.   The bright colors and mess of synthetics now seem more functional and component rather than protean.   The rationale behind the Kool-Aid Factory is achieved by the artist thinking through the objects and shapes rather than about any specific one.   The engine of his device is driven by assimilation rather than seriality.   One can only wonder (and perhaps fear) how far this assimilation could reach and what kind of evolutionary hiccup might occur from his factories output.   It goes without saying that there is more than just Kool-Aid being produced by Callaghan's factory."  -   Jonathan Furmanski,Prop/Piece, 2005 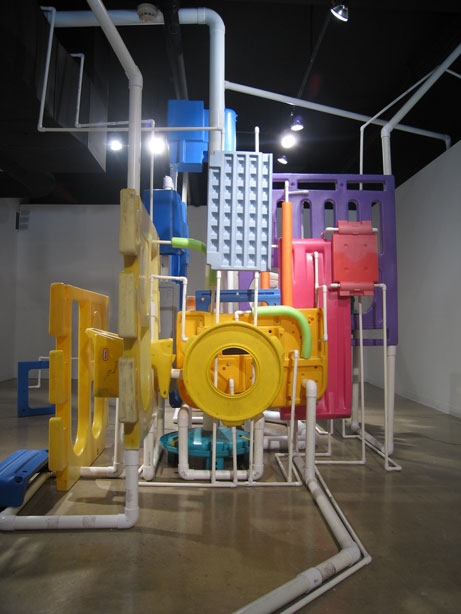 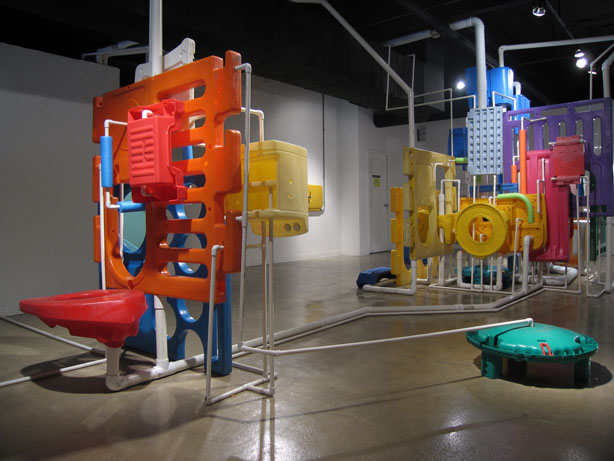 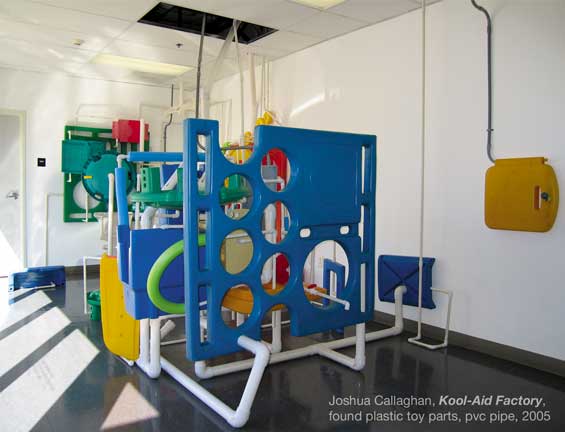 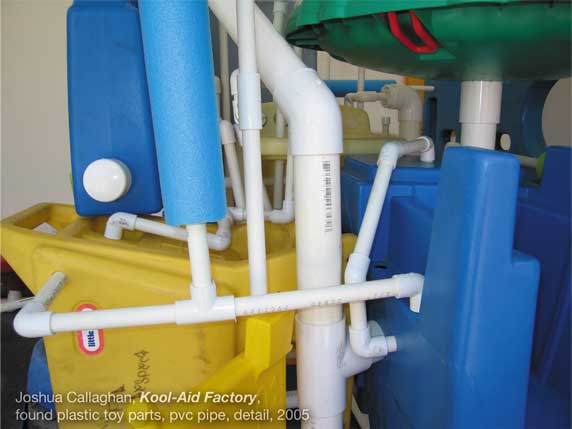 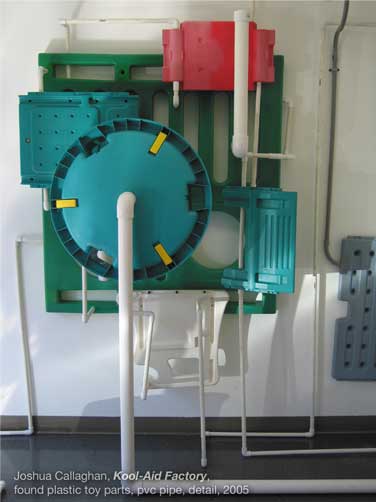